Skip to content
Announcements
November 5, 2012 Christmas TV Admin 0 Comments
No ratings yet, let us know what you think! 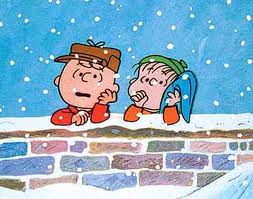 The ABC Television Network is celebrating the holiday season with movies, and specials!

ABC will celebrate the joy of the holidays with the classic animated Christmas-themed PEANUTS special, “A Charlie Brown Christmas,” created by late cartoonist Charles M. Schulz. In the digitally-remastered 1965 special, “A Charlie Brown Christmas,” Charlie Brown complains about the overwhelming materialism that he sees everywhere during the Christmas season. Lucy suggests that he become director of the school Christmas pageant, and Charlie Brown accepts, but it proves to be a frustrating struggle. When an attempt to restore the proper spirit with a forlorn little fir Christmas tree fails, Charlie Brown needs Linus’ help to learn what the real meaning of Christmas is. The hour will also include “Prep & Landing: Operation Secret Santa,” a seven-minute animated short featuring the voice of Betty White as Mrs. Claus.

Walt Disney Animation Studios brings you a half-hour holiday special tale of an elite unit of Elves known as Prep & Landing. After working tirelessly on Prep & Landing for 227 years, an elf named Wayne is upset when he doesn’t receive an expected promotion to be the Director of Naughty List Intelligence. Instead, Magee, the North Pole Christmas Eve Command Center Coordinator (NPCECCC for short), partners Wayne with Lanny, an idealistic rookie who has an undying enthusiasm for Christmas. During their Christmas Eve mission, Wayne and Lanny encounter unexpected challenges that push them to their limits. Will the elves be able to guide Dasher, Dancer and the rest of the reindeer pulling Santa’s sleigh through a raging snowstorm to ensure a Merry Christmas for all?

The yuletide adventures of Christmas elves Lanny and Wayne continue. With the Big 2-5 fast approaching, Wayne and Lanny must race to recover classified North Pole technology that has fallen into the hands of a computer-hacking Naughty Kid! Desperate to prevent Christmas from descending into chaos, Wayne seeks out the foremost Naughty Kid expert to aid in the mission, a bombastic member of the Coal Elf Brigade who also happens to be his estranged brother, Noel.

New York Times bestselling author Lisa Kleypas’ novel, Christmas with Holly (previously published as Christmas Eve at Friday Harbor), is now Hallmark Hall of Fame’s newest holiday movie, starring Sean Faris and Eloise Mumford. Faris plays Mark Nagle, the uncle and guardian of six-year-old Holly, played by Lucy and Josie Gallina, whose single mother (Mark’s sister) passed away unexpectedly. Mark owns the coffee shop and roasterie in Friday Harbor, Washington State. Maggie Conway – played by Mumford – comes to Friday Harbor as a refugee of sorts from Seattle. Maggie was abandoned at the altar by her husband-to-be; it’s a perfect time for her to achieve her long-held dream of opening a magical toy store in the town where she spent her summers as a girl. Mark has help in raising Holly from his two older brothers. All three uncles have their hearts in the right place, but they’re charmingly inept in their new roles – and they’re not helped by the fact that Holly hasn’t uttered a word since losing her mother. That’s where Maggie comes in: Despite the approach of the busy Christmas retail season, she gives Holly extra attention every time the young girl comes into the welcoming shop. Maggie assumes Mark is “spoken for” during the whole getting-to-know-you dance, because Mark is in a relationship with Shelby, played by Alex Paxton-Beesley. But that relationship is floundering, and Mark and Maggie keep bumping into each other, which is not surprising given the cozy size of the village of Friday Harbor.

The classic animated one-hour holiday special that has delighted generations created in 1970 by Rankin-Bass Productions (“Rudolph the Red-Nosed Reindeer,” “Frosty the Snowman”), Fred Astaire narrates this timeless tale of Kris Kringle (Mickey Rooney), a young boy with an immense desire to do good things for others. In his home village of Sombertown, Kris has started a gift factory where he builds toys and gives them to all the local children. But when the evil ruler, Burgermeister Meisterburger (Paul Frees), bans toys from the land, Kris is forced to go directly to Mother Nature and ask her for assistance. With the help of magical elves and several special reindeer, Kris overcomes the Burgermeister and delivers toys to children all over the world, earning him the name Santa Claus.

Based on the classic children’s book by the legendary Dr. Seuss, Dr. Seuss’ How the Grinch Stole Christmas, the 1966 animated holiday story loved by all, tall and small, takes viewers inside a snowflake to Whoville, the magical land of the Whos. But high above this holiday-loving town resides the Grinch, a hateful creature with a heart three sizes too small, who despises Christmas and plots to steal it from the Whos. Will a greedy Mayor Augustus Maywho or the seductive Martha May Whovier ruin his plans? Or will the loving little Cindy Lou Who be able to teach The Grinch the true meaning of Christmas? The voice cast includes Boris Karloff as The Grinch/Narrator and June Foray as Cindy Lou Who.

DreamWorks Animation presents “Shrek the Halls,” a half-hour of entertainment starring America’s favorite ogre and his friends and featuring the voices of Mike Myers, Eddie Murphy, Cameron Diaz and Antonio Banderas. Just when Shrek thought he could finally sit back, relax and enjoy his happily ever after with his new family, the most joyous of all holidays arrives. It’s Christmas Eve and everyone is filled with holiday cheer — except for Shrek. He isn’t exactly the picture of yuletide joy, but for the sake of Fiona and the kids, he tries to get into the spirit of things as only an ogre can. Unfortunately, everyone seems to have their own ideas about what Christmas is all about, so when Donkey, Puss In Boots, Gingerbread Man and the whole gang try to join in on the fun, Shrek’s plans for a cozy family celebration end up spiraling into one truly unforgettable Christmas.

“I Want a Dog for Christmas, Charlie Brown!” centers on ReRun, the lovable but ever-skeptical younger brother of Linus and Lucy. It’s Christmas vacation and, as usual, ReRun’s big sister is stressing him out, so he decides to turn to his best friend, Snoopy, for amusement and holiday cheer. However his faithful but unpredictable beagle companion has plans of his own, giving ReRun reason to ask Snoopy to invite his canine brother Spike for a visit. When Spike shows up, it looks like ReRun will have a dog for Christmas after all… but then the real trouble begins.

It’s coming up on Christmastime and the Chipmunks are eager for the big day to arrive. Swept up in a holiday mood, Alvin gives away his cherished harmonica to a sick little boy. Meanwhile, Dave has booked Alvin to perform a harmonica solo at Carnegie Hall!

Based on the classic children’s book by the legendary Dr. Seuss, the live action “Dr. Seuss’ How the Grinch Stole Christmas” takes viewers inside a snowflake to Whoville, the magical land of the Whos. But high above this holiday-loving town resides the Grinch (Jim Carrey), a nasty creature with a heart three sizes too small, who hates Christmas and plots to steal it from the Whos. Will a greedy Mayor Augustus Maywho (Jeffrey Tambor) or the seductive Martha May Whovier (Christine Baranski) foil his plans? Or will it be the loving little Cindy Lous Who (Taylor Momsen) who will teach him the true meaning of Christmas?

ABC and the PEANUTS gang will ring in the new year with the animated PEANUTS special, “Happy New Year, Charlie Brown,” created by late cartoonist Charles M. Schulz, along with “She’s a Good Skate, Charlie Brown. In “Happy New Year, Charlie Brown,” the PEANUTS gang is ringing in 1986 and Marcie and Peppermint Patty are throwing a big New Year’s Eve bash. Charlie Brown plans to celebrate the holiday by curling up with a big book that weighs nearly as much as he does: Tolstoy’s War and Peace. The book’s weight doesn’t stop him from lugging it to Lucy’s pre-party dance class, where he cuts a mean rug with a rollicking Patty. With just 1131 pages to go, Charlie Brown takes another break, this time for the party, and summons the courage to invite his true love, the little red-haired girl. She doesn’t respond, but hapless Chuck shows up anyway – with Tolstoy in tow. Then he settles down with the book – on a porch swing in a snowstorm, and in so doing, misses the evening’s big surprise. In “She’s a Good Skate, Charlie Brown,” disaster strikes as Peppermint Patty heads to her first major ice skating competition with coach Snoopy and faithful companion Marcie by her side. As always, the unassuming Woodstock flies in to save the day. 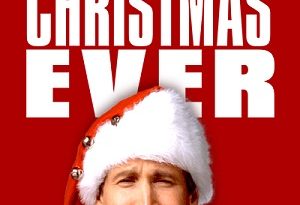 November 4, 2020November 4, 2020 Christmas TV Admin 1
Commenting Rules: Please note, this is not a website that censors speech. Whether you love a movie/tv schedule or hate it, you are free to share your honest, tactful opinion. The only posts that get deleted are those that attack/insult other commenters for having a different opinion.