Skip to content
Announcements
September 19, 2014 Christmas TV Admin 18 Comments
No ratings yet, let us know what you think! 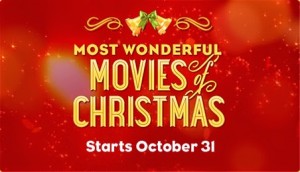 The 24/7 holiday schedule will also feature the World Premiere of two brand-new Hallmark Movies & Mysteries Originals, “Signed, Sealed, Delivered for Christmas” and “The Christmas Secret,” celebrated movies from the Hallmark Hall of Fame Christmas Collection, the annual Yule Log burning brightly from Christmas Eve through Christmas morning and timeless seasonal favorites every Thursday night, embarking on the biggest holiday programming event the network has ever seen.

Last season’s inaugural ‘MOST WONDERFUL MOVIES OF CHRISTMAS’ was a proven success and boosted the network to #1 in households during primetime and delivered its highest quarter, month and week of all time. This year promises to be an even bigger event with more Christmas content that is so beloved, it is a destination unto itself. The network will unwrap exclusive premieres of some of the most celebrated, highly-rated original movies from Crown Media’s library of holiday originals, including:

THE CHRISTMAS SECRET
World Premiere Sunday, December 7th, 9pm ET stars Bethany Joy Lenz and John Reardon and based on the bestselling novel The Christmas Secret by Donna VanLierre, the film follows a struggling single mom’s search for a lost family heirloom that she hopes will help her find love and good fortune in time for Christmas.