Skip to content
Announcements
November 23, 2012 Christmas TV Admin 0 Comments
No ratings yet, let us know what you think!

CBS is pulling out the animated Christmas classics early this year!

In 1969, the Rankin-Bass company produced a thirty-minute animated television special titled Frosty the Snowman that featured the voices of comedians Jimmy Durante as narrator, and Jackie Vernon as the title character. Three sequels were produced, Frosty’s Winter Wonderland (based upon the song “Winter Wonderland”) in 1976, in which Frosty got married, and Rudolph and Frosty’s Christmas in July in 1979, followed by The Legend of Frosty the Snowman in 2005.

In 1992, CBS broadcast Frosty Returns, an animated Christmas television special starring Jonathan Winters as the narrator and John Goodman as the voice of Frosty the Snowman. 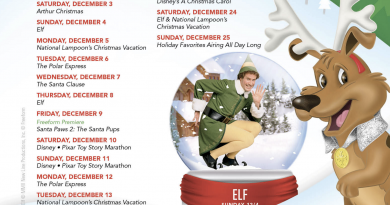 November 1, 2016November 1, 2016 Christmas TV Admin 13
Commenting Rules: Please note, this is not a website that censors speech. Whether you love a movie/tv schedule or hate it, you are free to share your honest, tactful opinion. The only posts that get deleted are those that attack/insult other commenters for having a different opinion.