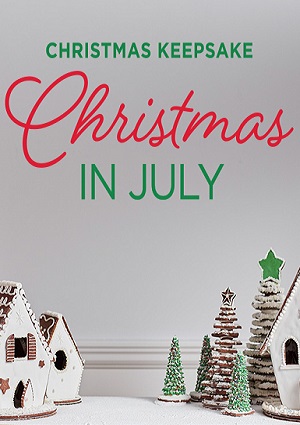 Announcements
June 7, 2021October 8, 2021 Christmas TV Admin 2 Comments
No ratings yet, let us know what you think!

Even with the summer season in full swing, it’s already beginning to look a lot like Christmas thanks to the Hallmark Channel.

The Hallmark Channel is kicking off the Christmas season early this year with its annual holiday-themed film slate starting in July. The month-long event will allow fans to revisit their favorite movies roughly 100 days before the networks’ 24/7 holiday programming begins.

The lineup will also see the debut of an all-new movie, titled Crashing Through the Snow.

Starring Amy Acker and Warren Christie, the film follows Maggie (Acker) as she gets invited by her ex-husband Jeff’s (Kristian Bruun) new girlfriend, Kate (Brooke Nevin), to the pair’s Christmas getaway in Aspen. Though she’s excited about getting the opportunity to spend the holiday away with her two daughters, Maggie soon forms a bond with Kate’s brother, Sam (Christie).

“Although Maggie feels like a third wheel crashing their Christmas, she’s not alone as Kate’s hapless brother, Sam, shows up unannounced with a plan. Always seeming to live in Kate’s shadow, Sam, for once, wants to come out ahead, and he convinces Maggie that, together, they can compete with Kate and make this Christmas the best one ever,” a description for the upcoming film reads.

Maggie and Sam are “prepared for the blended family challenges that lie ahead — or the feelings they develop for one another.”

Crashing Through the Snow, directed by Rich Newey from a script by Tamar Laddy, will premiere on July 10th. Other program highlights include Jonathan Bennett’s The Christmas House, Tamera Mowry-Housley’s Christmas Comes Twice, Rachael Leigh Cook’s A Blue Ridge Mountain Christmas, and many more.

Even Blake Shelton is scoring his very own “Blake Shelton Night,” during which multiple holiday films he’s helped executive produce for Hallmark — including Time for Me to Come Home for Christmas — will air.

And as an added bonus, Hallmarkies will be able to purchase specially-themed products to help better celebrate the Christmas in July programming. Items from drinkware to T-shirts to socks will be available for purchase on Hallmark.com and at Hallmark Gold Crown stores beginning in mid-July. 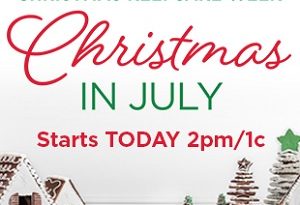 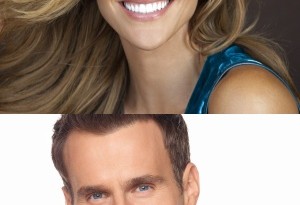