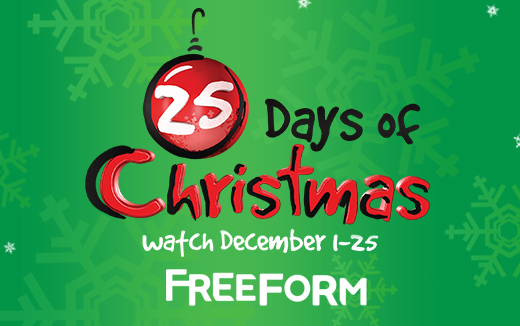 Announcements
November 2, 2017 Christmas TV Admin 0 Comments
No ratings yet, let us know what you think! 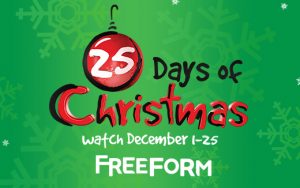 It’s beginning to look a lot like Christmas, and Freeform, Disney’s young adult television and streaming network, is your destination for all holiday programming. In its 21st year of bringing holiday cheer to viewers, Freeform returns with “25 Days of Christmas,” cable’s biggest programming event of the year. The 25 continuous days of holiday-themed entertainment for the whole family runs from DECEMBER 1st – 25th, and viewers can ring in the season with festive specials, classic holiday movies and returning favorites. Programming will also be available to stream via the Freeform app and online.

The forthcoming unscripted series, “Disney’s Fairy Tale Weddings,” from executive producers Ann Lewis Roberts, Simon Lythgoe and Jenny Daly, in partnership with Walt Disney Parks & Resorts, will premiere a one-hour, holiday-themed special, “Disney’s Fairy Tale Weddings: Holiday Magic,” on DECEMBER 11th at 8:00 p.m. EST. The festive special edition will go behind the scenes of some of the most spectacular weddings and engagements at Disney Destinations around the globe during the holiday season. From a sun-drenched holiday proposal at Aulani, a Disney Resort & Spa in Hawaii, to a winter wonderland wedding at Walt Disney World Resort in Florida, viewers will be guests from the start of each couple’s “happily ever after” journey.

Continuing the peek behind the velvet curtain, “Decorating Disney: Holiday Magic,” premiering DECEMBER 18th at 8:00 p.m. EST, will reveal how the holiday magic and spirit come to life throughout Disney destinations by giving viewers an inside look at how Disney transforms its theme parks and resort hotels into a winter wonderland. From the executive producers of the “Disney’s Fairy Tale Weddings” series, viewers will meet the dedicated team of Disney cast members and Santa’s helpers, who meticulously plan, design, build and bring to life wondrous Christmas trees, life-size gingerbread houses and much more!

Freeform will be posting fun new holiday content each day on the “25 Days of Christmas” social accounts and Freeform.com, including fun holiday shareables, gifs, quizzes, recipes and 360 videos. In addition to live tweeting during movies every night, Freeform will also be offering extra content relating to the Pop Up Santa surprises. 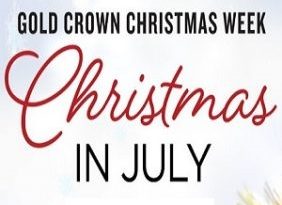 June 7, 2021October 8, 2021 Christmas TV Admin 1
Commenting Rules: Please note, this is not a website that censors speech. Whether you love a movie/tv schedule or hate it, you are free to share your honest, tactful opinion. The only posts that get deleted are those that attack/insult other commenters for having a different opinion.