“The holidays are huge for HGTV and Food Network, which together attracted 90 million seasonal viewers last year,” said Kathleen Finch, Chairman and Chief Content Officer, US Networks Group at Warner Bros. Discovery. “So we expanded our offerings and produced four scripted holiday features for discovery+, each showcasing some of the biggest personalities on Food Network and HGTV. We will promote them to approximately 35% of the available cable audience by running spots on HGTV, Food, and the rest of the WBD portfolio of 25+ cable networks, exposing our great talent to even more potential fans.”

Adds MarVista’s SVP Creative Affairs, Larry Grimaldi, “We are thrilled to partner once again with Food Network, and now HGTV, along with their phenomenal fan-favorite talent on four holiday films. MarVista’s passion and expertise in creating festive feel-good holiday stories, along-side Food Network and HGTV’s entertaining lifestyle content provide the gift that will keep on giving this holiday season!”

Melissa Norwood (Katie Stevens) is an ambitious Atlanta property stager who teams with her old high school crush, David Phelps (Victor Rasuk), to sell her newly married mom’s home in their small Georgia home town. The place is cozy but hasn’t been updated in decades, so the two join up to renovate the place before a couple of wealthy potential buyers are due to see the house on Christmas Eve. Melissa would love to spend a portion of her budget on a few custom projects created by a unique couple, Henry and Sarah Wright (Ben and Erin Napier), who are gifted at small town home restoration and appreciate the legacy of a family home. Henry is a master woodworker and custom furniture builder, and Sarah is an artist with an expertise in color and transformative design choices. As Christmas approaches and the tensions grow, so does a romantic relationship between Melissa and David, but the fact that Melissa intends to return to Atlanta and start her own business with the cash she will get from the property sale, while David has no intention of leaving his home town, could be a deal breaker for their new relationship. Directed by Emily Moss Wilson and starring Katie Stevens, Victor Rasuk, Bobbi Eakes, with HGTV’s Erin and Ben Napier, A Christmas Open House is produced by MarVista Entertainment.

For the past six years, interior designer, Stella (Jessica Szohr), and contractor, Pablo (Marco Grazzini), have charmed homeowners and viewers alike as co-hosts of the renovation show, House Sweet Home, by relying on their expertise and palpable on-screen chemistry despite not being an actual couple. After the owners of the home slated for their upcoming holiday episode pull out, Pablo and the HSH team convince Stella to be their next client in hopes of saving the episode and the show itself. This has a trepidatious Stella not only agreeing to renovate her family’s Victorian home with Pablo (aka The Sledgehammer), but also moving her impending nuptials to fiancé, Jack (Mykee Selkin), up several months in a bid to make this their biggest and best episode yet. As Stella and Pablo labor together more closely than ever before to bring her family’s beloved home back from a state of disrepair in time for the Christmas Eve ceremony, Stella confides in her mentor Freddy (Hilary Farr) about the complicated and unexplored feelings that could jeopardize everything. Directed by Pat Mills and starring Jessica Szohr, Marco Grazzini, Mykee Selkin, Leighton Williams, Fiona Highet, Eugene Clark, Nicole Power, with HGTV’s Hilary Farr, Designing Christmas is produced by MarVista Entertainment in association with Neshama Entertainment.

After a devastating workplace development throws Hazel Stanley’s (Tiya Sircar) job prospects as a full-time architect into question, she leaves NYC to spend the holidays with her father Ted (Sugith Varughese) in her suburban Chicago home town. While there, she discovers that the family bakery is even worse off than she imagined, having been on the decline since the passing of her mother. And to add insult to injury, her former best friend Shelby (Kyana Teresa) has opened a trendy new bake shop across the street. When all seems to be lost, she gets the idea to enter a Gingerbread house competition led by homegrown food celebrity Mark Clemmons (Duff Goldman) offering a $100k prize – enough to get the ailing bakery back on track. While working on her magnificent cookie edifice, a romance begins to bloom with a local contractor James Meadows (Marc Bendavid) who – along with his daughter – has been helping her father out by lending his baking prowess to the place while trying to fix it up in his spare time. A series of frustrations and misunderstandings threaten to tear them apart, but will the magic of the holiday lead everyone to have a Merry Christmas? Directed by Pat Kiley, and starring Tiya Sircar, Marc Bendavid, Sugith Varughese, Kyana Teresa, Karen Glave, Fereshteh Samimi, Maja Vujicic, with Food Network’s Duff Goldman, A Gingerbread Christmas is produced by MarVista Entertainment in association with Neshama Entertainment.

The future of Vermont culinary destination, Haven Restaurant and Inn, rests squarely on the shoulders of Abby Richmond, (Vanessa Marano) who inherited the property from her parents. Unfortunately, managing both the restaurant and the inn is a 24/7 commitment, leaving no time for Abby to have a personal life. Her best hope is to secure an investment from restaurant mogul Alexandra Grantham (Kathy Maloney), who would provide much needed resources and guidance. But to do so, she’ll have to navigate rough waters after top food critic, Tom Kingsley, (Bobby Flay) visits Haven and gives Alexandra his menu feedback. Hot shot chef Preston Weaver (Alex Mallari, Jr) is brought in by Alexandra to “shake up” the holiday menu after Abby unexpectedly loses her longtime chef. Unbeknownst to Preston, the menu was curated by Abby’s late father, and she’s having a tough time letting go of it. Despite their undeniable chemistry, will they be able to put aside their differences in time for Alexandra and Tom’s Christmas Eve dinner visit, which will determine whether she invests in Haven or not? Directed by Stacy N. Harding, and starring Vanessa Marano, Alex Mallari Jr., Elana Dunkleman, and Food Network’s Bobby Flay, One Delicious Christmas is produced by MarVista Entertainment in association with Neshama Entertainment. 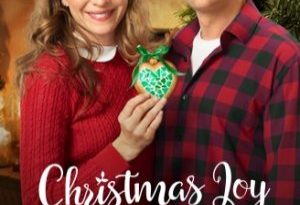 October 8, 2014October 9, 2014 Christmas TV Admin 29
Commenting Rules: Please note, this is not a website that censors speech. Whether you love a movie/tv schedule or hate it, you are free to share your honest, tactful opinion. The only posts that get deleted are those that attack/insult other commenters for having a different opinion.