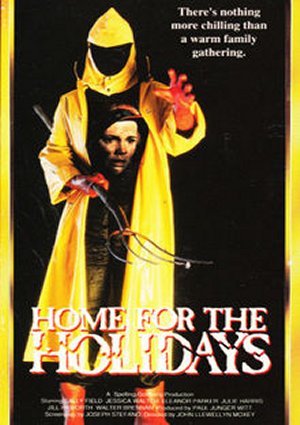 Four sisters return home to the country to visit there ailing father over Christmas. Their father believes that his current wife has tried to poison him, but Dr. Lindsay and the sisters disagree. A storm comes and causes the roads to be flooded and the phone lines are down. Soon it becomes clear that someone wants to kill the sisters as well when one is found murdered by cause of a pitchfork. The youngest sister then tries to run through the woods one day to reach Sheriff Nolan for help. But she has her own encounter as she sees someone chasing her dressed in a large poncho carrying the pitchfork. She turns back home, only to discover that her other sister and her father were murdered as well. The suspect becomes clear it was their father’s wife, but was it someone else?

No, but it is available on VHS.